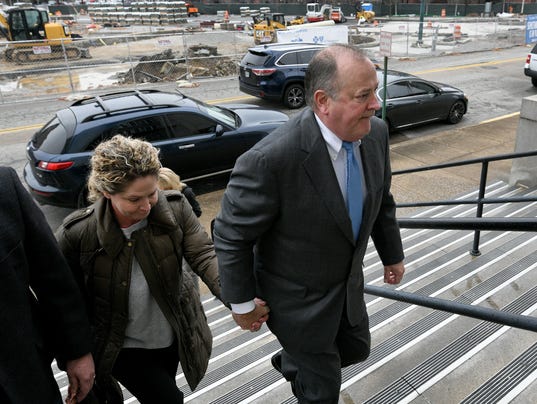 CHATTANOOGA, Tenn., – Former Pilot Flying J President Mark Hazelwood claimed to have offered some advice to his boss – the owner of the Cleveland Browns – about the best way to market the team’s the sportswear: stop saying “The Browns.”

“You know who’s number one? (Oakland) Raiders.’ I said, ‘Who buys the Raiders’ (expletive)? (Racial epithet).’ I said, ‘You think they’re going to wear something that says the (expletive) Browns on it?’”

Following is an excerpt from the recordings. Warning: It includes explicit language.

WARNING: EXPLICIT LANGUAGE. This audio was secretly recorded by an FBI informant during a Pilot Flying J sales meeting. The primary voice you can hear is of former Pilot President Mark Hazelwood.
Submitted

The recordings – and related transcripts – were played for jurors in the recent trial in U.S. District Court in Chattanooga of Hazelwood and three subordinates on wire fraud conspiracy charges in a five-year scheme to rip off trucking companies of promised discounts on diesel fuel.

USA TODAY NETWORK – Tennessee is still awaiting the unsealing of a motion that could reveal more of the recordings. U.S. District Judge Curtis L. Collier has ordered federal prosecutors Trey Hamilton and David Lewen to redact a portion of that motion before formally making it public. 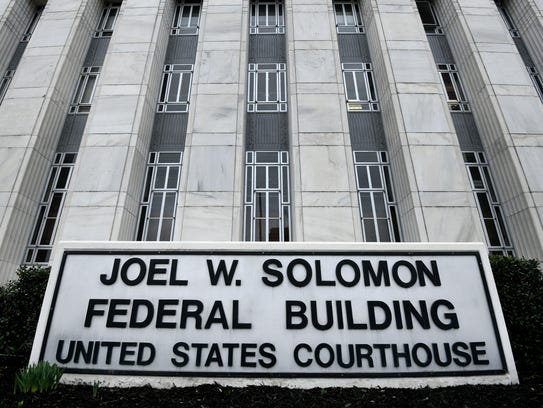 Hazelwood was convicted last month of conspiracy to commit wire fraud, wire fraud and witness tampering in a scheme among executives and staffers in the truck stop giant’s direct sales division to lure truckers into doing business at Pilot Flying J with promises of discounts on diesel fuel they never intended to fully pay.

In that trial, Hamilton and Lewen played snippets of recordings made by then-salesmen Vincent Greco at a meeting of sales executives at the Rockwood home of former Pilot Flying J vice president John “Stick” Freeman in October 2012.

Greco turned mole when confronted by the FBI and IRS Criminal Investigation Division in 2011 as part of an ongoing probe that led to the April 2013 raid of Pilot Flying J’s Knoxville headquarters and has been granted immunity.

Following is an excerpt from the recordings. Warning: It includes explicit language.

Although the snippets were played in open court in January, the audio malfunctioned initially and remained too low for spectators to hear and identify speakers. Jurors were provided transcripts. USA TODAY NETWORK – Tennessee immediately launched a battle to obtain the recordings, transcripts and all related documents. 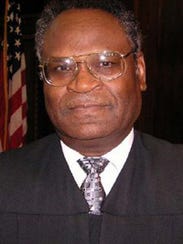 Collier on Wednesday issued two separate rulings, approving the release of all records sought by USA TODAY NETWORK – Tennessee, which was later joined in the effort by The Plain Dealer in Cleveland, Ohio, the Chattanooga Times Free Press, WBIR-TV in Knoxville and WKYC-TV in Cleveland.

USA TODAY NETWORK – Tennessee on Thursday afternoon obtained copies of the recordings and transcripts and is still reviewing the entirety of the records Collier has ordered unsealed.

The recordings released Thursday show Hazelwood, Freeman and former Pilot Flying J executives Brian Mosher and Arnie Ralenkotter were drinking and watching a Browns game after the quartet – joined by other sales executives including Greco – finished up a meeting about training other employees of the truck stop giant on the art of fraud.

Hazelwood, who had already been drinking when he arrived at the meeting, shared his advice about sports gear, prompting a racially offensive discussion about what would make for a hot-selling T-shirt for the Browns, whose hardcore fans call their section of the sports arena the Dawg Pound.

“Yeah,” Hazelwood responded. “It’ll have flowers and (expletive) on it, needs to say Da Dawgs, (expletive) … We could come up with all kinds of good (expletive). The Dawgs’ll (be) your (expletive).”

Hazelwood responded, “I said, ‘You think the brothers (a reference to African Americans) are going to buy something with ‘The Browns’ on it?’ I said, ‘Have you ever heard of taking the Browns to the Super Bowl?’ He said, ‘What are you talking about?’”

Greco piped up, “He didn’t know that one?”

Mosher then said, “Just like taking the Cosby kids to the pool.”

Hazelwood then clarified that he was referring to Cleveland.

“Cleveland, it ain’t nothing but (racial epithet),” Hazelwood said.

“I got it,” Freeman answered.

Freeman then began playing the song as Hazelwood and others in the room sing along.

Hazelwood said, “That’s Russell’s fave (sic) song in life. I had no idea that our first little mate was married to a (racial epithet). Well, was. All I gotta say is, ‘You can trust those little (racial epithet expletives).’”

It’s not clear from the transcripts to whom Hazelwood is referring.

Hazelwood is later captured on the recordings using profanity to refer to Pilot Flying J board members Fred Smith and Lee Scott and said, “All these (expletives) on the board been there … they sit there, you know, what if I say (unintelligible comment) it’s an advisory board.”

Pilot Flying J on Thursday reissued a statement the firm made when the recordings were first aired in court in January.

“As we conveyed in January when the tapes were played in court, we are very disturbed and appalled by the extremely offensive and deplorable comments recorded over 5 years ago involving a small group of former sales employees. This kind of behavior is reprehensible, not tolerated, nor reflective of the guiding principles of Pilot Flying J and does not represent the values of the dedicated 28,000 team members that we have today.

“As soon as the Company was made aware of these tape recordings, immediate action was taken. The employees who participated were held responsible and are no longer with the Company. No current team member of Pilot Flying J was present or participated in this incident.”

Hazelwood is now under house arrest pending sentencing. Fourteen former Pilot Flying J executives and staffers, including Mosher, Ralenkotter and Freeman, have pleaded guilty and are awaiting sentencing. Pilot Flying J’s board of directors confessed criminal responsibility for at least $56.5 million in fraud.

Pilot Travel Centers CEO Jimmy Haslam stands in front of a map showing where each of the company’s travel centers are located on Oct. 16, 2006. Pilot is planning an expansion into international markets with its first travel center near Ontario, Canada. (Photo: News Sentinel)

The board agreed to pay Hazelwood $40 million after he was fired in May 2014 as part of what the firm says is an employment agreement and is picking up his defense bill.

Haslam has denied knowledge of the scheme and is not charged. His company has paid $92 million in criminal penalties and $85 million in lawsuit settlements.

What do you watch the Super Bowl for, football or commercials?